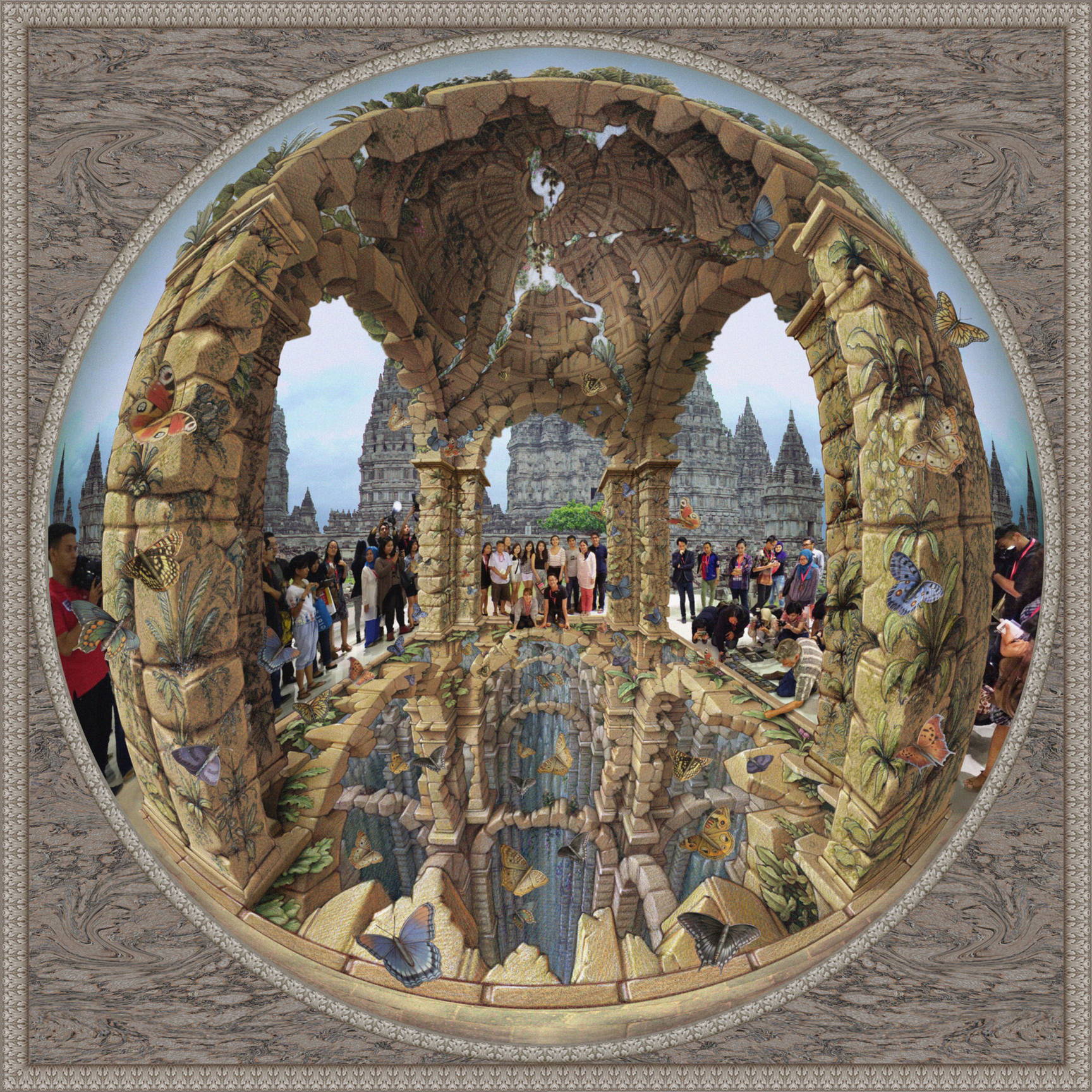 SARASOTA, FL - The Sarasota Chalk Festival (SCF) returns to the streets of Burns Square, downtown Sarasota for the April 5 - 7, 2019 festival that will host 50 national and international pavement artists.

The object of this invention is to create an optical illusion. When viewed or photographed from a specific viewpoint, the environment appears normal, but people and objects within it are distorted. The laws of physics are also subverted, with water appearing to flow uphill, or a ball appearing to roll upwards.

Wenner explains that “A simpler perspective environment was invented by Adelbert Ames in 1946,” however, “In his design only one side of the floor plan is non-perpendicular. My design has no perpendicular sides.” The originality lies in the fact that the illusion takes place in all directions.

The complexity of the project is further enhanced by the artwork, which adds Wenner’s signature anamorphic perspective geometry to the illusion, making flat surfaces appear to fall into space and curve into vaults.

Even though the Wenner 3-D illusion environment is extremely complex, Wenner believes pavement artists and spectators are eager for new innovations.

Denise Kowal, SCF Founder and Creative Director, encourages the artists to break out of their comfort zones to see what they can achieve artistically.

In the ten years since the SCF started, the 3-D pavement art movement has moved from the pavement to include oversized installations, walls, augmented reality, and more contemporary ideas, giving the public an ever changing art form.

“Denise brings in the best artists from all over the world to be involved in this international event,” Wenner says. “No other festival does what she does.”

This is apparent with the number of unique installations and debuts showcased at the SCF with such examples as Edgar Mueller’s ‘Save Me’ c.2010 using photoluminescent paints, Leon Keer’s ‘Tic Tac No’ c.2017 using a field of grass, and Wenner’s four oversized group SCF projects ‘Circus City’ c.2012, ‘Megalodon,’ c.2014, Bacchus’ c.2015 and ‘Reconciliation’ c.2016.

Kowal started the large group projects to provide the artists and volunteers with hands-on experience and classroom style instruction on advanced 3-D techniques. She marvels at the talent of each participating artist and “the ideas they come up with as well as the global community the SCF has created.”

When asked how it all gets done, Kowal states, “The synergy between the artists, volunteers, sponsors and spectators is magical. It’s what brings it all together, and makes the Sarasota Chalk Festival a must see event for all ages.”