CHALK FESTIVAL to be RESCHEDULED due to RED TIDE

SARASOTA, FL - The Board of Directors for the Avenida de Colores 501c3 nonprofit cultural arts organization voted to reschedule the 2018 International Chalk Festival due to Red Tide.

“The decision to reschedule the 4-day festival was not an easy one considering both the emotional and financial costs incurred up to this point in the festival preparation. Each year we strive to provide the best cultural experience possible and, with that in mind, we have been closely monitoring the Red Tide issue,” stated Denise Kowal, Founder/Board Chair. “The Board consulted with many knowledgeable people and determined that the financial risk to our small volunteer organization, in addition to not being able to guarantee a safe and enjoyable experience for everyone involved, was too high. Therefore, it was determined that rescheduling was the only choice.”

The Chalk Festival was set to open November 9-12 at the Venice Airport Fairgrounds with 250 artists scheduled to perform. Artists were scheduled to begin work November 2nd on additional site-specific installations for this year’s ‘Garden of Wonders’ theme, a tribute to the marvels of the natural world and the human imagination. The restoration of the 2014 Megalodon Shark Guinness World Record was to incorporate a surprise new redesign. Also planned was an oversized human maze and a new patented geometric illusion was to debut.

The Chalk Festival features pavement artists who turn the airport runway surface into a museum-in-motion, creating oversized masterpieces using chalk as their medium. For the past eight years the festival has hosted the largest gathering of world-renowned pavement artists ever assembled in one location, the largest number of 3D installations, and the most debuts of the pavement art form.

“Even though the decision was difficult as many volunteers and artists have been donating their time since January, we remain excited as we now explore dates in Spring 2019 to host the Chalk Festival ‘Garden of Wonders’. As we move forward, we will work diligently with our volunteers, artists, sponsors such as the Sarasota County TDT and Fairfield Inn & Suites Venice, food and merchandise vendors, Chalk Camp attendees, service providers, and our 4-day music lineup, all who have worked to ensure that this season’s festival will be better than ever,” stated Kowal. 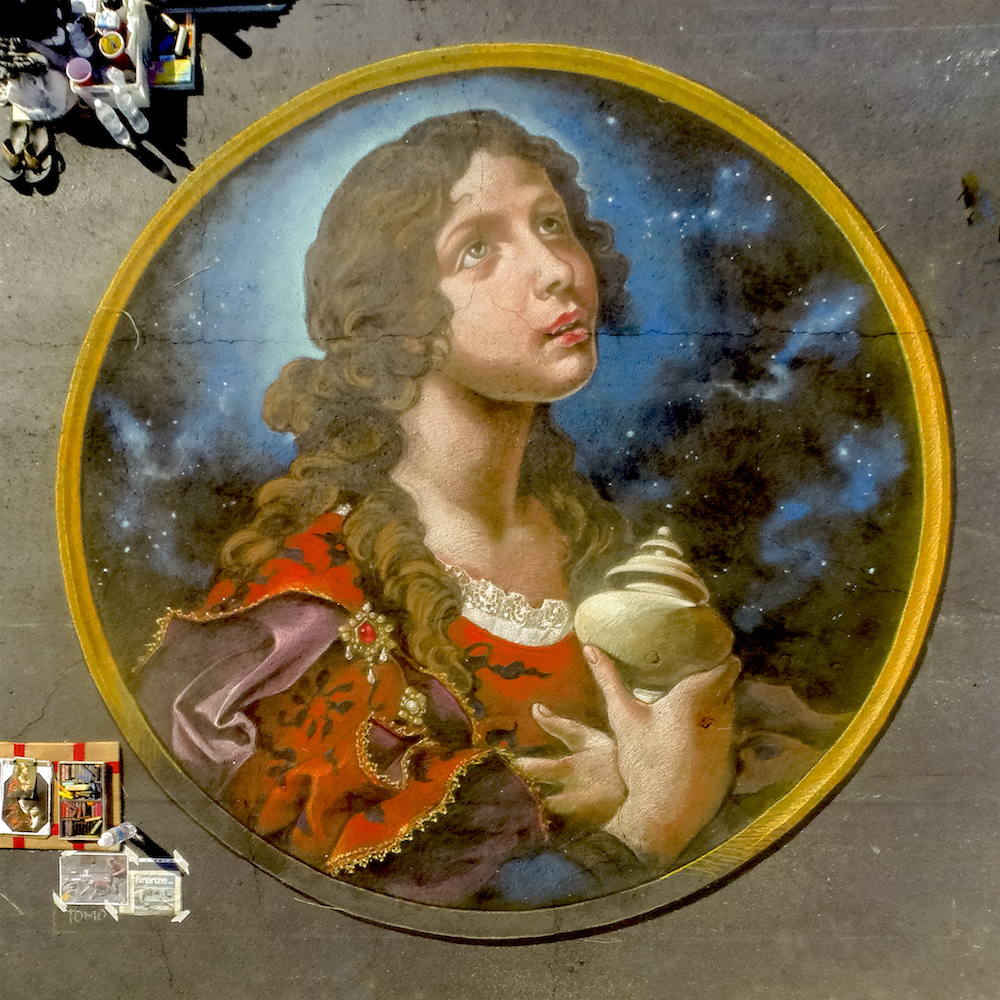 The International Chalk Festival became the first international street painting festival in the USA in 2010 and remains the only one to date. It is an international community-based cultural event that welcomes, once a year, the most renowned pavement artists from around the world to create artwork to support a chosen theme. It is known to host the most innovations and world-debuts of the art form than any other event worldwide that included Edgar Muller's day/night painting 'Save Me', Kurt Wenner's 'Circus Parade', ‘Megalodon Shark’, ‘Baccus’, Leon Keer's ‘Augmented Reality Lego’, 'Lego Army' and ‘Tick Tack No’, Anthony Cappetto's 'Augmented Reality', and Sarasota Opera ‘Madame Butterfly’. Notable performers include daredevil Nik Wallenda, who in 2012 performed with his wife on 60' sway poles for the festival's circus theme. The International Chalk Festival is produced by Avenida de Colores, Inc, a 501c3 cultural arts charitable organization. It is the first and only international festival in Sarasota county that is free for all artists, at any level, to participate.

Avenida de Colores, Inc. is a cultural arts 501C3 charitable organization that is entirely volunteer. It partners with local, national and international communities to create cultural experiences that gives us a sense of place, meaning, and joyous memories. The organization focuses on pavement artists and art where chalk/pastels are used as the medium and the road surface as a canvas. They have over 50 outreach programs that work with area artists as well as schools, libraries and other communities around the globe. This volunteer-structured group organizes the world renowned International Chalk Festival, as well as the Going Vertical Program and soon the Floralia Infiorata.